Have a Heart Fundraise for Kids!

Have aHeart Fundraise for Kids!

Have a Heart for Kids this Valentine’s Day!

Valentine’s Day provides us with a fun way to show kids we have a heart by fundraising, so they can grow up healthy, educated and safe. Spread the word to friends and family that you are prioritizing kids this Valentine’s Day by setting up a fundraising page.

And as we use Valentine’s Day to fundraise for children, let’s remember that 13 million kids in the United States may suffer from hunger and food insecurity. Fortunately, US Congress has the opportunity to ensure children have full bellies to learn and grow. Investments in child care leads to significant economic benefits: Through enabling parents (especially women) to work and creating jobs for child care providers, one estimate suggests that significant investments in child care could translate into $220 billion in new economic activity. Click here to learn how our advocacy arm Save the Children Action Network (SCAN) is advocating for improvements and investments to US child nutrition and learning programs with their “Have a Heart” campaign. And sign up with SCAN here to become an advocate for kids!

To start your fundraiser, just hit the red button below! Questions? Email getinvolved@savechildren.org Thank you!

Register Today Find a Fundraiser Have a Heart

Way to go! Thanks to your amazing dedication, girls and boys around the world will have a brighter future. You and volunteers like you are making a difference for children around the world, by providing nutritious food, lifesaving medical care, school supplies and so much more. 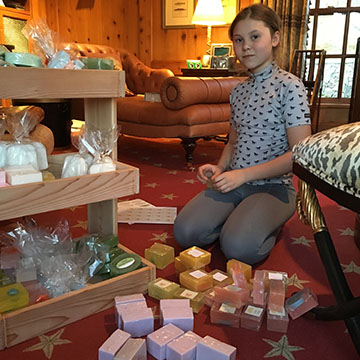 Alan Thompson, 67, is completing a fundraiser riding around the perimeter of the United States. Thompson said, "I've had my fair share of adventure in life, so the main purpose here is to generate funds for Habitat For Humanity and Save the Children. If I can do that, then it will be an effort well intentioned and spent." You are our hero, Alan!

Best friends Jon Fain and Rick Rowan climbed Time Wave Zero, a 2100 ft. vertical route in Mexico, which entailed 2 hours of hiking, 14 hours of climbing and several hours of rappelling...all for Save the Children. Jon said, "Rick and I aren't professional climbers by any means. We are just two guys who enjoy climbing and wanted to do it for a cause. The idea of this is that you can be a regular person and make a run at something difficult in order to do some good."

Within one month of the deadly 2015 earthquake in Nepal, the Staples High School Varsity Swim Team and The Westport Water Rats dove in to help. By creating the "Swim for Nepal," a five-hour swim event, they were able to raise over $43,000 to benefit Save the Children’s relief efforts there. More than 175 swimmers, ranging in age from 6 to 18, took part. The "Swim for Nepal" remains one of the most successful school fundraisers in our history.

"It was my husband Mark’s idea to have our friends and family donate to Save the Children for our son Noah’s first birthday. He thought of it after we ran in the Disney charity races and learned about the wonderful things Save the Children does," says Celeste Kanpurwala. "We were thrilled that we raised over $1,600 from our generous friends and family! We had 125 people at Noah’s big birthday bash held at our local elementary school."

A SPECIAL GIFT FOR HER SPECIAL DAY

As Julia prepared for her bat Mitzvah, her synagogue also required a "mitzvah project” from everyone undertaking this traditional rite of passage. "We had to do something to help others on a large scale," Julia explains. “I decided I wanted to raise money for a charity, and I chose Save the Children because I’m 13 and thought it would be very special to help other kids. "I think this is an especially important cause because kids don’t have the same access to resources and help that adults do," she said.

"There’s just this incredible, incredible need out there, specifically for the children, to relieve some of their emotional suffering, but also in physical terms of getting basic needs met," Matt says. “And that means shelter and food." To help us meet those needs, he’s biking the Trans-America Trail, beginning in Virginia and traveling west to Oregon with a goal of raising $10,000. It will take him more than 4,000 miles from coast to coast. His goal? To raise money and awareness for Syrian refugees through Save the Children.

Twelve-year-old Riley writes: "Last spring, I read the young readers edition of Three Cups of Tea by Greg Mortenson and Under the Persimmon Tree in school. Both of these books inspired me to help the children in war-torn areas, especially in the Middle East. "I have never been one to sit around, so I went straight to my local church and set up a bake and craft sale. I held a fundraiser for your organization and managed to raise over $500 for the children!"